Encyclopedia of knowledge of diluting agents for ceramics

Encyclopedia of knowledge of diluting agents for ceramics

1. Preliminary understanding of ceramic debonding agent
In the ceramic production process, the ceramic debonding agent is usually used in the spray-dried granulated slurry. The selection of the ceramic debonding agent and whether the addition amount is appropriate should consider the moisture and fineness, which have a great influence on the performance of the slurry. If a suitable degelling agent is selected and adjusted to the optimal addition amount, the slurry moisture content can be reduced under the premise that the slurry viscosity meets the process requirements, the original fluidity of the slurry, the increase of the slurry concentration, and the ball milling can be improved. Efficiency and output, reduce energy consumption. At the same time, the energy consumption of spray drying is also reduced, thereby achieving the purpose of energy saving.
The ceramic debonding agent has a good debonding effect on the slurry, which is embodied in low viscosity and good fluidity. The fluidity of the slurry is good, and the particle shape and particle gradation of the spray-dried granulated powder are better, so that the powder distribution performance (particle shape, gradation, density, etc.) during the later pressing is better, and the defects in the later process are reduced. The probability of occurrence.
image.

2. The factors and precautions that affect the green glaze ceramic debonding agent are as follows: (Part of it is taken from Liu Chang/Zhang Deyou's application paper on the debonding agent)
(1) The influence of the change of ingredient formula (ie clay mineral composition) on the degumming effect
The more plastic clay material, the more polyvalent cations, which will cause the slurry to flow more slowly. The change in the composition of the blank formulation, especially the difference in the mineral composition, has different requirements for the type and amount of ceramic debonding agent. There are many types of debonding agents. According to the chemical composition, they can be divided into inorganic additives, organic polymer additives and Compound additives; according to the purpose, it can be divided into glaze debonding agent and blank debonding agent; according to the material form, it can be divided into solid debonding agent and liquid debonding agent.
For the mud of a particular system, different debonding agents have different debonding effects. For example, for kaolin mud, sodium metasilicate has the best dilution effect, while the organic-inorganic composite debonding agent has a better effect on the slurry of ultra-thin ceramic plates. At present, in our country, due to the low level of raw material standardization, the formulations of the raw material slurries of different companies are very different, so each company should combine the composition of the plant’s mud, the production process and the characteristics of the product to choose a suitable degelling agent. Even in the same ceramics enterprise, due to the fluctuations between batches of mud and sand materials (especially insufficient homogenization), the addition amount of debonding agent is different. The larger the raw material storage yard, the more fully homogenized the raw materials, the more stable the degumming of the slurry; while the small storage yard, the degumming of frequently fed materials is mostly unstable, usually these are the reasons for the large fluctuations in the fluidity of the slurry. Generally, in the selection of gelling agents, a small test and a pilot test are required before the mud and sand materials are used. Take the mud and sand used in the formula, dry or air dry, and crush (pass 8-10 mesh sieve). The type of debonding agent and the best addition range, and then carry out the pilot test, and then carry out the large-scale production. Generally, the addition amount in South China is 0.4%～0.8%, and a few are 0.3%～0.4% or more than 0.8%; in North China, it is in the range of 0.6%～1.0%; in addition, different production areas have different requirements for the type of debonding agent. In the actual application, it needs to be tested and determined to achieve the best degumming effect, so as to achieve the purpose of reducing costs and increasing benefits.
(2) The influence of slurry temperature on the debonding effect
The higher the mud temperature, the higher the energy. The greater the mutual repulsion between particles will result in a slower flow rate of the mud. Normally, the temperature is high, the slurry viscosity is low, and the fluidity is good; the temperature is low, the slurry viscosity is high, and the fluidity is poor. Therefore, the general fluidity of the slurry in winter will be 5-15s worse than that in summer, or even more. If a suitable ceramic degelling agent has been selected through experiments, and the amount of addition is also selected, when the fluidity cannot meet the production needs, the water content of the slurry can be appropriately increased to adapt to the production process parameters.
(3) The influence of water quality on the de-glueing effect
If it is hard water (more calcium and magnesium ions), more cations are attached to the surface of the clay particles, which will cause the mud to flow more slowly. Generally, the production water or slurry contains more Ca2+, Al2+, Mg2+, Cl-, SO42- plasma, the disintegrant is relatively difficult, and the thixotropy is large, such as: in coastal areas, North China, use polishing line sewage (Because the plasma concentration of Ca2+, Mg2+, Cl-, SO42- in the sewage is relatively high) For higher enterprises, the cost of debonding is generally higher, the amount of addition is larger, and the slurry moisture is higher. In addition, the water purifiers used in sewage treatment also have an impact on the debonding, and the impact is greater, such as: polypropylene milling amine, polyaluminum chloride, alum, etc., such substances that affect the debonding should be used carefully and selected appropriately Only the best ceramic debonding agent can reduce the cost of debonding.
(4) The influence of the degree of weathering of ceramic raw materials on the debinding effect
Generally, the longer the weathering time is, the easier it is to dissolve the gel, that is, the gelatinization of the raw ore is generally more difficult to dissolve the gel than the secondary ore. The addition amount of a good ceramic disintegrant in the formulation is relatively small, and its cost is relatively reduced. On the contrary, the added amount becomes larger, and the cost of the debonding agent is high.
image

3. The mechanism of ceramic debonding agent
By increasing the zeta potential on the surface of the particles in the system, the proper repulsive force between the particles is ensured, so that the system can achieve dynamic equilibrium and keep the mud stable without agglomeration. The following three types are the debonding mechanisms recognized by the ceramic debonding agent industry:
(1) Chelating effect
The chelating effect means that through the introduction of the complex, the cations are bonded to form a complex, which reduces the attraction between the ions and supplements the steric hindrance effect. Chelate is a kind of complex. In the structure of chelate, there must be one or more multidentate ligands to provide multiple pairs of electrons to form coordination bonds with the centrosome. Chelates are generally more stable than general complexes, and the five- or six-membered ring structure often in their structure enhances the stability. Therefore, the stability constant of the chelate is very high. In the dissolution of ceramic slurry or glaze slurry, it forms a more stable chelate with the cations in the ceramic slurry, especially the multivalent ions, which reduces the attraction between the ions. , Thereby reducing the viscosity of the slurry, play a role in degumming. In addition, the chelate can also mask metal ions and improve the stability of the slurry.
(2) Cation replacement
The thickness of the electric double layer of the colloidal particles can be changed by means of cation replacement, so that the thickness of the electric double layer increases and the zeta potential rises. For example, the cation exchange process of clay is as follows:
Ca-clay+2Na+―2Na-clay+Ca2+↓ (precipitated calcium salt) (1)
Mg-clay+2Na+―2Na-clay+Mg2+↓ (precipitated magnesium salt) (2)
The cation exchange capacity of    clay is as follows:
H+>Al3+>Ba2+>Sr2+>Ca2+>Mg2+>NH4+>K+>Na+>Li+
means that the ions on the left can replace the ions on the right, and the exchange capacity gradually increases from right to left.
The ability of clay to adsorb anions is small, and the sequence is as follows:
OH->CO32->P2O74->PO43->CNS->I->Br->Cl->NO3->F->SO42-
(3) steric hindrance effect
Through the steric hindrance effect, it plays a role of damping and spacing between the ions. 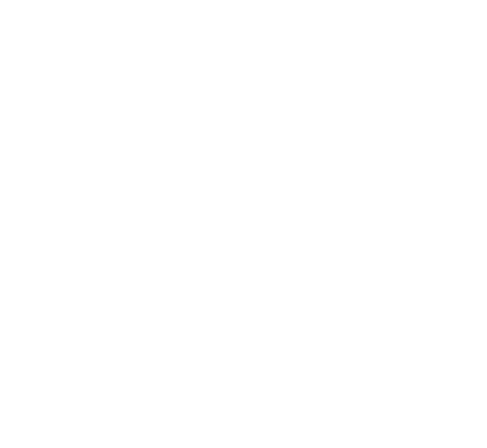